Beer Analysis: Where Agilent Technology Comes to a Head

Beer is one of the most widely consumed beverages in the world. The average in Germany, for example, is over 100 liters per person each year. To ensure quality, beer makers analyze just about everything: They track the fermentation process from start to finish, assess all the flavor components, evaluate the impact of fragrance, and test the effects of new ingredients. They know that fusel oils or higher alcohols, their esters, vicinal diketones, aldehydes, and organic acids all effect the beer’s balance.
Serious beer makers use headspace gas chromatography combined with mass spectrometry or flame ionization detection to monitor the rise of desired characteristics in a batch to control flavor, or as a research and development tool for new beer products.

They use ultra-high-performance liquid chromatography to monitor flavor-critical iso-alpha-acids coming from hops, the ingredient that gives beer its attractive bitter flavor. These critical compounds are called isohomolones.

Beer makers and government regulators are also keen to control inappropriate production practices, including the undeclared use of reduced isohumulones—compounds that are sometimes used to prevent the natural isohumulones coming from hops from oxidizing to produce an off flavor (light struck). However, they must be declared as ingredients or, in some countries, not used at all.

Agilent now offers UHPLC methods that combine the analysis of all relevant isohumulones and reduced isohumulones in one analysis.

The natural charge of iso-a-acids coming from hops extends far beyond only the well known isohumoulones. By looking at more of them, it is possible to classify different types of beer through chemometrics, which helps confirm authenticity.

However, as scope extends, so do the properties of the molecules under investigation—and no single separation mode can cope.

Agilent ‘s 2D-LC technology is, however, well positioned to deal with this challenge, when combined with quadrupole time-of-flight mass spectrometry.Together, they are able to identify the various iso-a-acids and reduced iso-a-acids that show up under this very powerful separation approach.

Beer also contains vitamins, polyphenols, amino acids, and minerals that confer health benefit. Agilent LC and LC/MS systems have been shown to accurately asses B vitamins in beer as well as polyphenols, and our ICP-MS and ICP-OES platforms do a great job of assessing nutrients.

Finally, beer can contain contaminants such as mycotoxins, biogenic amines, and heavy metals, along with various allergens. For each of these areas, Agilent has developed LC/MS and atomic methods to effectively assess the end product’s suitability for human consumption as defined by regulations. 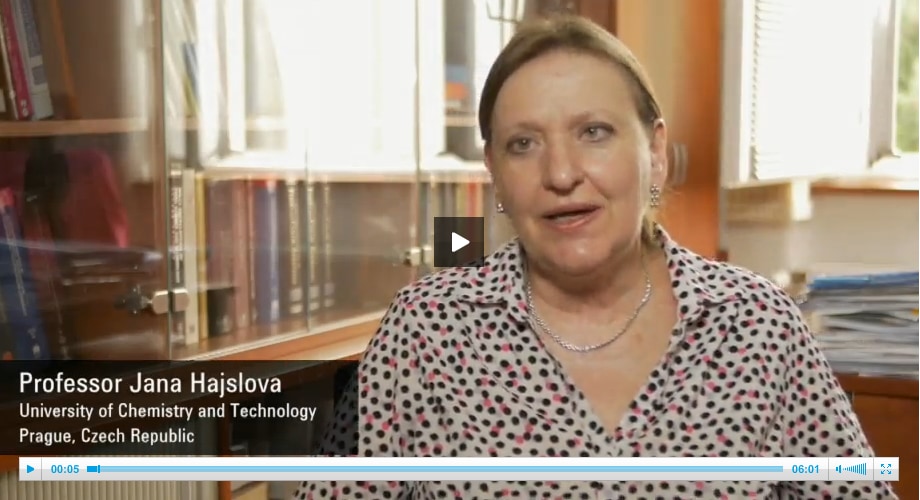 Professor: Jana Hajslova, head of Food Analysis and Nutrition at the University of Chemistry and Technology in Prague