From the Warburg effect to the latest in cancer research

Almost 100 years ago, the German scientist Otto Warburg discovered the effect with which his name has become inextricably linked. Put simply, Warburg described an observation about the nature of energy production in tumor cells that revealed a fundamental truth – one that still underlies much of the way we think about, and treat cancer.

Now referred to as the Warburg effect, this idea – and the metabolic observations that support it – continue to drive advances in cancer research. In fact, the 2006 founding of Seahorse Bioscience (now a part of Agilent) was in some ways the result of an unmet need among researchers: to be able to examine the same sorts of metabolic processes observed by Warburg – with exquisite accuracy, precision, and throughput never before possible.

The man and his effect

Warburg set out in 1926 to test a fairly straightforward hypothesis: that because tumors grow faster than normal cells, cancer cells should have a higher rate of oxygen consumption than normal cells. He had shown such an increase in oxygen uptake in sea urchin eggs upon fertilization as far back as 1906. However, the results from rat liver tissue slices showed that oxygen consumption did not increase, but the production of lactic acid (measured indirectly by decreased pH and increased CO2 production), which normal cells produce only in anaerobic conditions, was much higher – 70-fold higher – than normal cells.

This presented a conundrum: although cancer cells can respire, in an aerobic state they used glycolytic pathways used by normal cells only in anaerobic conditions. Glycolysis in the presence of oxygen – aerobic glycolysis – is what came to be called the Warburg effect.

Of course, in 1926 cancer genetics was in a very rudimentary state, and molecular biology – even the first experiments demonstrating that DNA is the genetic material – lay decades in the future. Although aerobic glycolysis in cancer cells was accepted – indeed, the Nobel committee considered giving Warburg the 1927 Nobel Prize in Medicine for his work in cancer – it wasn’t clear what caused it and whether it was in itself causal, or just an interesting observation.

Warburg believed that cancer was ultimately caused by chemicals that damaged the cellular respiratory apparatus (what we know now are the mitochondria), knocking out a cell’s ability to carry out oxidative phosphorylation. In fact, Warburg was so convinced that for the rest of his life he refused to eat any food that had been treated with pesticides or other chemicals. He bought land to grow all his own produce (in what must have been one of the first modern organic gardens), sourced milk from a non-chemically treated dairy herd, and refused to eat bread other than that made with flour from millers who pledged to use only pesticide-free grains.

Warburg held to these beliefs to the end of his life, writing in 1967:2

By that time, most researchers had come to believe that the Warburg effect was a bit of a curiosity – something hard to fit into the context of “modern” cancer research. Warburg’s attitudes probably contributed to his ideas being ignored.

The man and his effect, revisited

Several authors have plotted the rate of publications on the Warburg effect over time. The plot below shows an inflection around 2006, and from 2005 to 2015 it went from a few to hundreds of publications every year.3 In 2016, there was even a feature story in the New York Times Magazine about Otto Warburg and the rebirth of interest in the Warburg effect.4 What happened?

First – and somewhat paradoxically – Warburg was proved wrong in his causality. In 2006, Phil Leder and co-workers showed that inhibiting aerobic glycolysis (by knocking out lactate dehydrogenase) in cancer cells caused a compensating increase in oxygen consumption and mitochondrial oxidative phosphorylation, in an oxygen-dependent way.5 Knocking out LDH also inhibited the proliferative capability of the cancer cell, so tumor cells retain the ability to “respire” normally, but preferentially utilize aerobic glycolysis, which has a lower yield of ATP but produces it much faster, allowing them to grow and divide faster. They preferentially utilize aerobic glycolysis because it enables them to cheat. In an accompanying opinion piece, Bui and Thompson proclaimed at the end, “The time has come for cancer biologists to dust off their biochemistry textbooks. It seems there are a few chapters that still need to be written.”6

At about the same time, there developed an appreciation that not merely glucose metabolism, but the entire metabolic program of cancer cells, is deranged. In order to maintain their breakneck speed of cell growth and division, cancer cells need to synthesize proteins, nucleic acids, and a plethora of other cellular constituents at a much faster rate than normal cells. 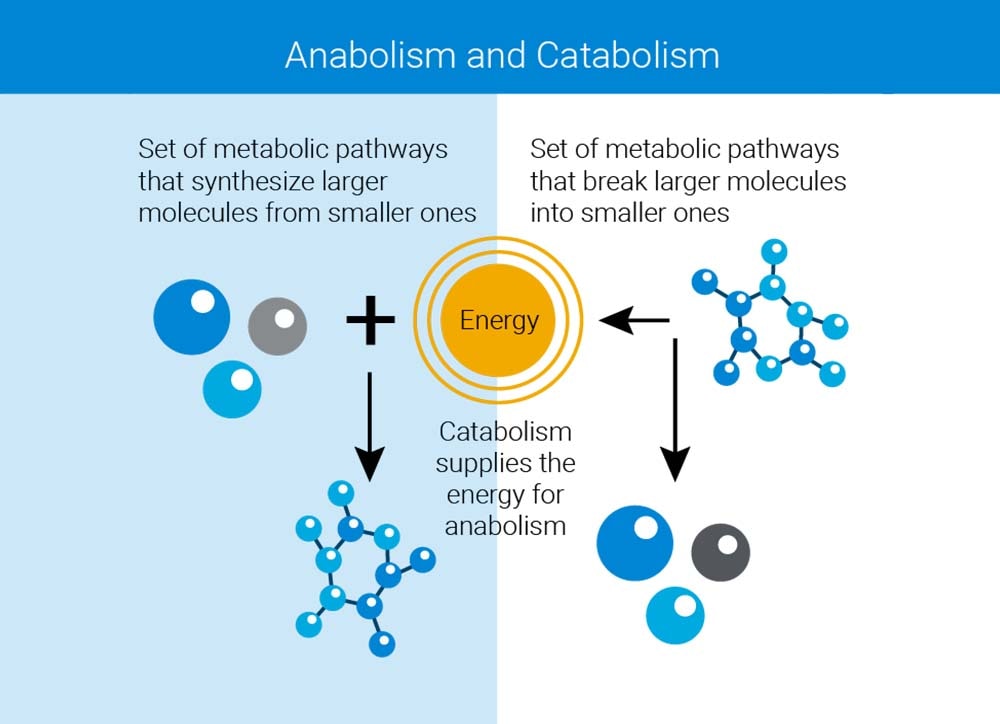 However, the Warburg effect – aerobic glycolysis vs. oxidative phosphorylation – is entirely about catabolism, i.e., breaking down sugars to generate energy. Although the energetics are crucial, it also became clear that anabolic metabolism, that is, the metabolic pathways that synthesize the constituents of the macromolecules and cellular structures, are equally disrupted; normal cells would be unable to satisfy the demand. Indeed, it was shown that certain cancer cells are so ravenous for amino acids that they use an endocytotic mechanism left over from amoebae called pinocytosis (from the Greek for "to drink") to scavenge intact proteins from the extracellular milieu in order to break them down for their constituent amino acids through lysosomal degradation.7 All this serves to feed the overheated furnace of anabolic metabolism that enables the cell to grow and divide faster.

New lessons from genetics and metabolomics

When oncogenes and tumor suppressor genes were discovered, one could directly show for the first time a causal link between the presence of an oncogene or the mutation of both copies of a tumor suppressor gene and the onset of malignant transformation. The discovery of cellular growth factors meant the cause-and-effect chain leading to the cells which showed the “hallmarks of cancer” could start to be mapped out. Thus, the study of cancer became the study of molecular biology.

The link between cancer genetics and metabolism cast new light on Warburg's observations. The activation of oncogenes or de-activation of tumor suppressor genes re-programs a cancer cell’s metabolism,8 increasing glucose uptake to provide the fuel that the ravenous cancer cell needs to keep growing, and supercharging the anabolic pathways that produce the required molecules. For example, activation of the myc oncogene disrupts the growth factor–mediated control of the Myc protein, which acts as a transcription factor for a plethora of genes involved in both nutrient transport and anabolic pathways.9

Of course, metabolites don’t simply passively wait around in the cell to be acted on by a pathway, but can themselves act as modulators of gene expression and cell signaling (as, 40 years earlier, lactose and cyclic AMP were shown to modulate expression of the lac operon genes in E. coli). At last, one could begin to draw a cascade of causality, from genetic alterations to changes in protein/enzyme concentrations and activation, to changes in the concentration of small-molecule metabolites.

Metabolomics – the identification and quantitation of these small-molecule metabolites – is an application for which mass spectrometry, with both gas chromatography and liquid chromatography as upfront separation, is ideally suited. Agilent has developed a leading portfolio of mass spec hardware, software, and routines for metabolite analysis, helping researchers delve ever deeper into the metabolome and its role in cancer.

So why, almost a century later, are scientists still referencing and discussing the Warburg effect when we now know that he got so much wrong? We still speak in terms of malignant transformation because the cells are indeed transformed into something new. If Warburg was wrong about causality, it was partially because he was so far ahead of his time. 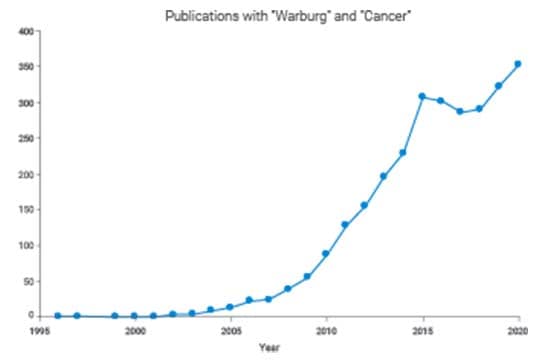 Science progresses when scientists have the tools to answer the questions they want to ask. One still can’t study cancer cell biology today without recognizing what Warburg contributed almost a century ago. Effectively fighting cancer requires a detailed understanding of the underlying cellular pathology – exactly the sort of insight delivered by Seahorse instruments and mass spectrometry platforms from Agilent, which continue to empower the cancer research and biological sciences communities by taking the study of cellular energetics, genomics, and metabolomics from esoteric to routine.

For Research Use Only. Not for use in diagnostic procedures.

1 A lengthy biographical sketch of Warburg with a rigorous and insightful perspective on his early scientific work was published by his student Hans Krebs after Warburg died in 1970 in Biographical Memoirs of Fellows of the Royal Society 18 628–699 (1972). Krebs would later write a complete, not-entirely-salutary biography of Warburg, titled Otto Warburg: Cell Physiologist, Biochemist, and Eccentric.

2 This quote is taken from a lecture Warburg gave in German at a gathering of Nobel laureates in 1966 titled “The Prime Cause and Prevention of Cancer - Part 1 with Two Prefaces on Prevention”, as quoted in R.A. Brand: Biographical Sketch: Otto Heinrich Warburg, PhD, MD. Clin Orthop Relat Res. 468 2833–2839 (2010). An audio recording of the entire lecture can be found at https://www.mediatheque.lindau-nobel.org/videos/31517/on-the-primary-causes-and-on-the-secondary-causes-of-cancer-german-presentation-1966. 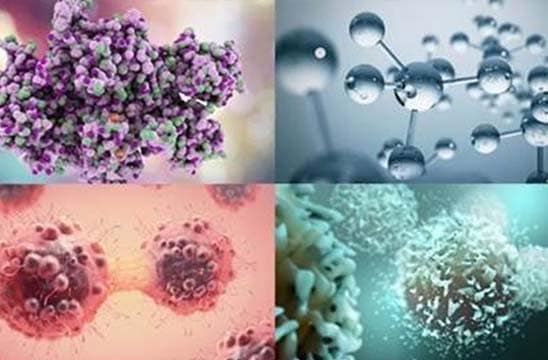 Agilent is focused on helping ensure your success with solutions that will enable advances in cancer research, diagnostics, and therapeutic development. 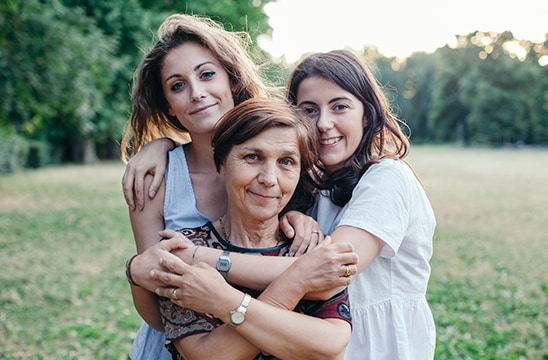 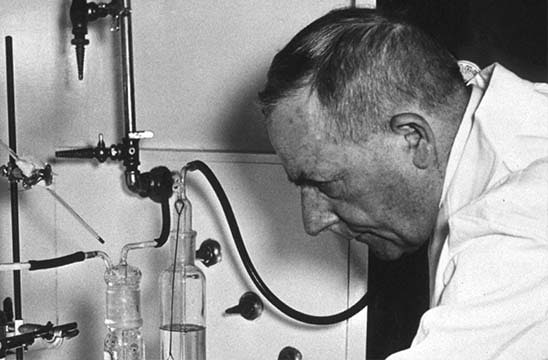 A consequence of the Warburg effect is that a cancer cell has to import much more glucose from the extracellular milieu to generate an equivalent amount of energy. This is a problem for cancer cells but good for us, since this glucose bulimia means that tumors can be detected by PET scanning using [18F]fluoro-2-deoxy-2-d-glucose (FDG), which was originally developed to map brain activity patterns. Deoxyglucose is taken up by glucose transporters but not metabolized, so it accumulates intracellularly. Positrons emitted by the 18F atom are detected and de-convolved to create an image in which the tumor cells “light up” from taking up so much FDG.

Otto Warburg got his Ph.D. in chemistry at the University of Berlin under Emil Fischer in 1906, a family friend, and then an M.D. at the University of Heidelberg in 1911. He stayed on in Heidelberg, where he mentored future Nobel laureate Otto Meyerhoff. He was subsequently made a department head at the then new Kaiser Wilhelm Institute for Biology, a position that he took up in April 1914. When war broke out in August of that year, he joined the elite-of-the-elite Prussian calvary Garde Ulanen, serving on the front lines. He was still at the front in March of 1918 when Albert Einstein wrote him a personal letter entreating him to get out of front line service because he was too valuable to science. Warburg returned to Berlin and the KWI, where he secluded himself in the lab, doing most experiments with his own hands, winning the Nobel prize in 1931 for Medicine. Along the way, he mentored two more future Nobel laureates (Hans Krebs and Axel Theorell), and somehow managed to survive the chaos and danger of the Nazi era, World War II, and the Allied Occupation. His Institute reopened in 1950 as the Max Planck Institute for Cell Physiology, and Warburg moved back in and again isolated himself in lab, doing experiments hands-on. In a prefatory chapter for Annual Reviews of Biochemistry in 1964, he made the almost laughably false statement that since joining the KWI in 1913, “I have been working uninterruptedly in this position at Berlin-Dahlem, disturbed by nobody, not even by dictators.” He continued working at the Institute until just before he died in 1970 at age 87.