Immunotherapy and the revolution in cancer

People will occasionally ask, “how long has cancer been around?”, perhaps assuming it's a disease that began with the industrial revolution. In fact, cancer is as old as, and really a consequence of, multicellularity. Cancer occurs when the regulatory processes that enable cells to live together in a coordinated way as a single organism begin to fail at some frequency. This failure allows one or more cells to consume more than their share of resources and divide faster, which is a pretty good definition of cancer. In a wide-ranging survey, Aktipis et al. showed that virtually all phyla of multicellular organisms have been demonstrated to show this “cheating” behavior, as they call it, if not something like actual tumors.1 Even red algae – thought to be the first organisms to evolve complex multicellularity – are known to grow calluses, which are essentially tumors. 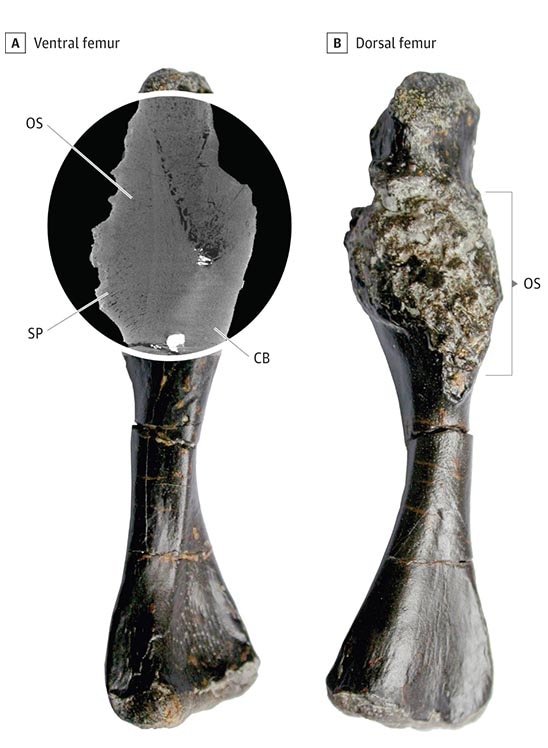 The oldest direct fossil evidence of cancer may be the leg bone of a shell-less proto-turtle, Pappochelys rosinae, deformed by an osteosarcoma that looks essentially identical to osteosarcomas still seen in cancer clinics today – 240 million years later.2 Recognizable organ tumors were almost certainly present tens if not hundreds of millions of years earlier than this unlucky turtle wannabe, but soft tissues don't leave fossil evidence. Of course, the vast preponderance of organisms didn't live long enough to develop cancer, being consumed by something else, too slow to consume something else, or dying of infection. Only apex predators, the really quick, and the really, really lucky lived long enough. 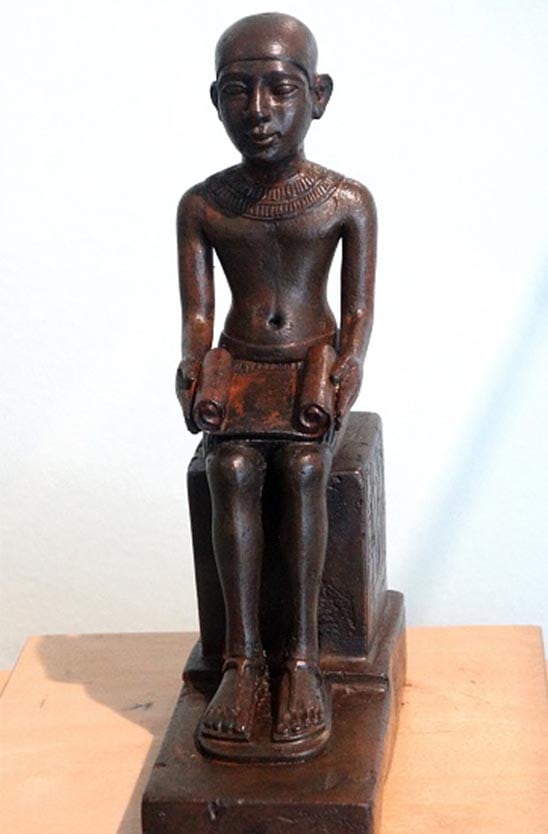 Imhotep, god of medicine and healing

In his Pulitzer-prize winning “biography” of cancer – “The Emperor of All Maladies” – Siddhartha Mukherjee cites the oldest identified written diagnosis of cancer as being from around 2600 B.C. by Imhotep, the Egyptian physician and architect/engineer (usually credited as being the architect of the first building made of cut stone).3 Imhotep was perhaps the first to base medicine on empirical observation rather than magic, and he attempted to extract useful drugs from plants. Over a thousand years after his death, Imhotep would be deified as god of medicine and healing, recognized as such by both the Greeks and the Romans. Imhotep described a case of what is clearly recognizable today as overt, probably late-stage breast cancer. Unfortunately, the therapy Imhotep laconically prescribed for it would be equally recognizable for millennia: “There is none”.3

From Imhotep to immunotherapy

Clearly, in both human and evolutionary terms, cancer has been around for a long, long time. As multicellular organisms grew more and more complex, the control mechanisms programmed in each of their cells to regulate their behavior grew increasingly complex, too. While it is said that cancer is programmed in the genome, it's more accurate to say cancer isn't programmed in – control is programmed in. And when accumulated mutations disrupt those control mechanisms, the organism has its own mechanisms for bringing it back in balance. But damaged cells can still hide – can still cheat – and a recognizable tumor is the result.

The last twenty or so years have seen a revolution in cancer therapies. And it happened when we finally learned how to unleash something that's also been around for a long, long time: the immune system. Around 400–450 million years ago when the first vertebrates appeared (technically the jawed fishes, or gnathostomata), they had already evolved true adaptive immunity (immunoglobulins, killing cells, etc.). Adaptive immunity is very good at finding and killing invasive microorganisms, and very, very good at finding cancerous cells. The immune system searching for cancerous cells and killing them is known as immune surveillance, and was hypothesized 50 years ago.4 That's why the evolutionary descendants of that unfortunate Pappochelys rosinae – and some people – live for over a hundred years. So why did it develop an osteosarcoma? Because, thanks to natural selection, the cheating cells also evolved and got better at hiding, pretending to be like normal cells. 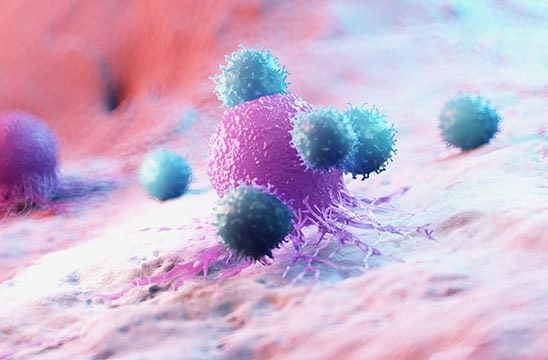 And the revolution was immunotherapy

All the various forms of immunotherapy basically enhance the ability of immune cells to do what they evolved to do: find and kill invaders and cancerous cells. First came therapeutic antibodies, whether humanized or engineered, which bind to a tumor-specific antigen and induce T-cell killing (technically, Antibody-Dependent Cell-mediated Cytolysis), the first of these being Trastuzamab targeting Her2/Neu for breast cancer. In addition to “standard” monoclonal antibodies, there are various forms of engineered antibodies (bispecific antibodies), and antibodies to which small-molecule drugs have been covalently coupled (antibody-drug conjugates, or ADCs), which essentially use the antibody as a guided missile to deliver a cytotoxic payload directly to tumor cells. Over 30 antibody-based modalities have been approved for cancer, with more coming all the time.

More recently, checkpoint inhibition (or blockade) has become an area of intense interest. Some tumor cells express surface proteins (e.g. PD-L1) that bind to immune "checkpoint" proteins (e.g. PD-1) on the surface of T-cells and cause those T-cells to become inactivated or exhausted. Having a checkpoint ligand on their surface allows cancerous cells to inhibit immune surveillance and live on. In checkpoint inhibition, an antibody is targeted to the protein on the tumor cell that is a ligand for the T-cell checkpoint protein. Blocking this tumor cell ligand allows T-cells to be reactivated or released from inhibition, freeing them up to attack the tumor.

Two groups, headed by James Allison and Tasuko Honjo, identified two of these checkpoint proteins and their ligands and demonstrated that blocking the ligand with an antibody unleashes T-cells to attack and kill the cancerous cells – in some cases, with dramatic results.5 Since there can be no response to the blockade antibody if the checkpoint ligand is not present on the tumor, it's important to test for its presence in order to stratify patients and know who will benefit.

On the horizon: getting personal

Most recently, personalized therapies such as CAR-T cell therapy, in which the patient's own T-cells are engineered to become more efficient killers – serial killers – continue to revolutionize the treatment of cancer.6 While these have been effective only in blood-based cancers to date, a large number of research groups are working hard to extend it to solid tumors.

So, the agent of the immunotherapy revolution in cancer is enhanced immune-cell killing of cancer cells. But since you can't enhance what you can't measure, the ability to detect and measure the killing of cancer cells is crucial. And that's a "killer" application for the xCELLigence RTCA system – measuring the rate, in real time, of T-cell killing. Dozens of studies by numerous labs (a snapshot of which is in the Cancer Immunotherapy brochure available for download here) have shown how the xCELLigence system can be used to quantitate T-cell cytotoxic activity in real time. It's just one of a number of ways that Agilent is working to support the cancer research community, including the SureSelect Cancer All-in-One assays for tumor genotyping, and many more revolutionary new products to come.

Because the only way to get rid of the emperor is through a revolution.

SureSelect reagent kits and xCelligence systems are For Research Use Only. Not for use in diagnostic procedures. 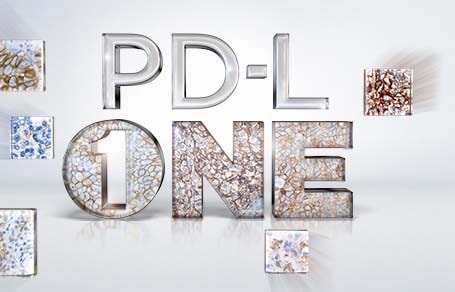 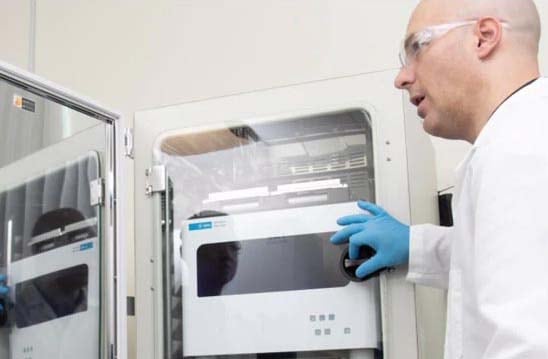 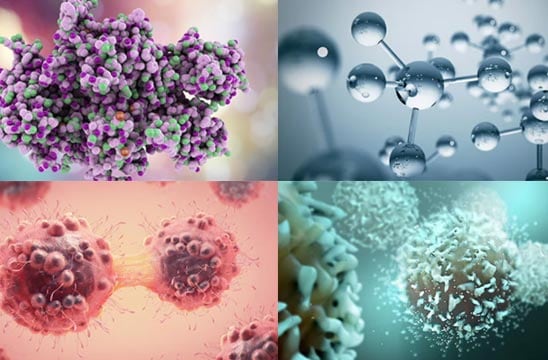 Pathologists' role in the healthcare revolution

Pathologists are finding themselves in a new role in this age of precision medicine. With precision medicine, comes the promise of better diagnosis, and more effective individually tailored treatment of diseases. Not only will this improve patients' lives, it will relieve much of the financial burden that comes with the less efficient conventional approaches to disease treatment and management. This is nothing short of a healthcare revolution, and at the center of this are pathologists.