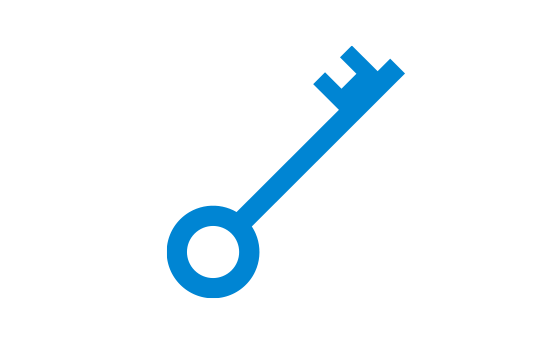 The 20th century—often termed the Century of Technology—saw an explosion of technological advances that reshaped modern life completely.

Today, the surge of discoveries and development continues, particularly in biology. It is very possible that our counterparts in the future may look back on the 21st century as the Century of Biology.1 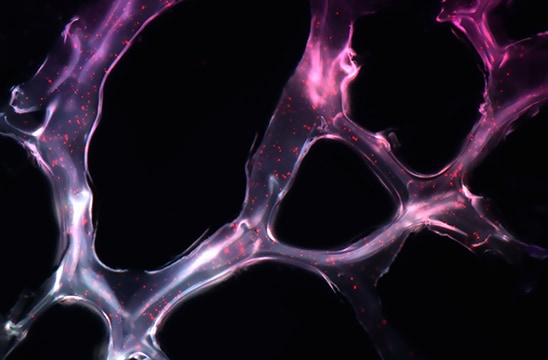 DNA sequence: a keystone of biology

Precision medicine is the ability to understand and treat disease at a molecular level, and it is driving revolutionary change in fields such as oncology. Here, cancer subtype classification and treatment is transitioning from organ of origin such as the lung, breast, or colon to its biomarker mutation presence or absence (e.g., EGFR, HR+/HER2, BRAF).

Cellular manufacturing—the ability to reprogram cells for practical purposes—is also taking hold and transforming industrial biotechnology. Many chemicals and materials traditionally produced through petrochemical processes are now the products of engineered biological cells. In addition to sequence information, cellular manufacturing requires deep understanding of cellular metabolism and pathway interdependencies, which are being accelerated by the vast amount of metabolomic information becoming available through advancements in mass spectrometry. 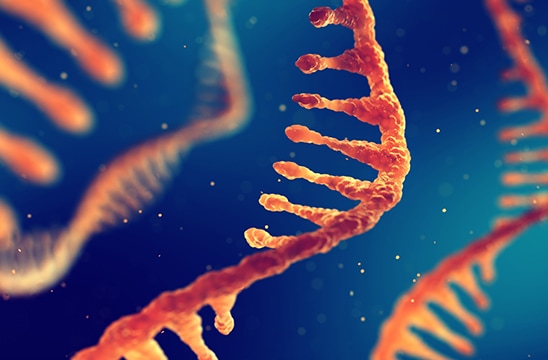 Precision medicine aims to improve therapeutic outcomes by adding a previously missing but critical factor- the unique biology of the patient being incorporated into the treatment equation, revealed through examination of their relevant molecular information. While this article focuses on genomic sequence, therapeutic outcomes enabled through precision medicine are extensive, and include proteomic, metabolomic, lipidomic, and glycomic molecular information.

The following examples focus on genetic sequence as a driver of precision medicine and illustrate how the reach of it offers the potential for precision therapies that benefit millions, thousands, or even a single patient . In each case, the new therapeutic is an oligonucleotide—a short sequence (fewer than 100 base pairs) of RNA or DNA that can interact with its target through a variety of functional mechanisms.

Inroads are being made in the treatment of cardiovascular disease through sequencing of the PCSK9 gene, where it was discovered that various mutations of this gene are associated with high low-density lipoproteins (LDL) cholesterol levels, a factor in multiple diseases. The knowledge that this gene plays a role—that high LDL levels weren't simply a matter of poor diet—has contributed to the development of inclisiran, a small or short interfering RNA (siRNA) therapeutic that acts to silence the PCSK9 gene and effect clinically significant reductions in LDL cholesterol levels. 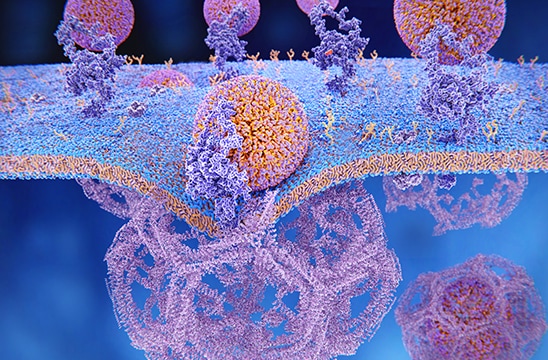 LDL particles binding to LDL receptors on the cell membrane.

In principle, such sequence-based insight has the potential to impact the lives of millions of patients, and the drug (Novartis/Alnylam) is approved in Europe and now by the USFDA as of December 2021. Sequencing remains a critical tool, as it's essential to know which patients have mutations in the PCSK9 gene to identify candidates for inclisiran therapy.

Progress has been made in the treatment of a debilitating condition known as hereditary transthyretin-mediated amyloidosis. Sequencing of the transthyretin (TTR) gene revealed mutations that were an essential contributory factor, opening the possibility of a gene-targeted therapeutic strategy. Treatment with Alnylam's Onpattro (patisiran)—the first siRNA drug approved by the FDA—was found to effectively silence this gene, reversing the progression of polyneuropathy in a majority of patients, and improve quality of life for its thousands of sufferers.2 According to Dr. Al Boyle, Chief Technical Operations and Quality Officer at Alnylam, "We are just seeing the tip of the iceberg in how siRNA therapeutics can turn off specific genes that cause disease or contribute to disease, transforming the lives of patients living with rare and prevalent diseases."

Perhaps the most personal of all precision medicine outcomes is exemplified by the development of milasen—a one-of-a-kind drug created by Dr. Timothy Yu, Attending Physician, Division of Genetics and Genomics and Associate Professor in Pediatrics at Harvard Medical School, and his team at Boston Children's Hospital. Milasen treats a disease caused by a mutation affecting a single patient.3 In 2017, sequence information from the DNA of a desperately ill child named Mila Makovec revealed a genetic alteration disabling her CLN7 gene, resulting in Batten disease—a very serious malady of the nervous system3 that is ultimately fatal.

A customized antisense oligonucleotide therapeutic based on this alteration was developed for Mila. After the FDA gave its permission, she received the medication just nine months after her one-of-a-kind mutation was identified. The treatment substantially improved Mila's condition, reducing the number and length of her seizures and adding years of improved quality of life prior to her sad passing in 2021. Milasen is a case study in our ability to achieve positive clinical outcomes based on an intimate understanding of pathogenic mutations. Such "n of 1" therapies, as they have come to be called, truly illustrate the potential of sequence information to enable treatment not previously thought possible for diseases with a genetic component such as this. "Mila's legacy will be that she has shown us what truly individualized genomic medicine can look like" explained Yu. "Accelerating patients' access to precision diagnoses opens the door to using that genetic sequence to tailor medicines for patients, no matter how rare their disease."

The emergence and early success of these megatrend precision medicine efforts are bringing about distinct changes in the way the pharmaceutical industry approaches therapeutic development. One benefit is that clinical trials aimed at a smaller and well defined patient population can be much more streamlined, thus presenting a significantly smaller hurdle for bringing a drug to market. Additionally, a newly developed drug that works on only 20% of the general population may have a much higher efficacy rate—and much greater odds of gaining FDA approval—for a smaller and more narrowly defined target patient population. This "rescue of therapeutics" approach—itself a direct result of having deeper molecular insight into the therapeutic approach—offers pharma companies a potential avenue for rescuing certain R&D investment efforts that might otherwise have been abandoned.

The megatrends of precision medicine and cellular manufacturing share a common driver: the past 20 years have seen a marked shift in our ability to understand and characterize biology as a primarily qualitative science to one that is increasingly quantitative. This shift carries the promise of eventually allowing us to understand, model, and predict biology in the same way that we are able to do in the physical sciences—an exceptionally complex proposition that lies beyond our current capabilities. At a fundamental level, as our capacity to understand and control biology at the molecular level deepens, our understanding of disease fuels parallel advances in industrial biotechnology. 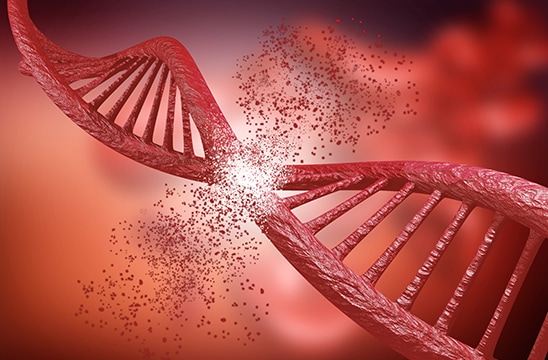 Engineering and editing through CRISPR.

Editing what we can read

Since their introduction, sequencing tools have gone through rapid generations of improvement in speed, accuracy, affordability, and accessibility. The cumulative body of sequence knowledge these tools have uncovered has driven similar improvements in the bioinformatics tools needed to help researchers make sense of it all.

This sequence knowledge has also provided the foundation for editing of DNA, supporting the accelerated development of cell engineering tools such as clustered regularly interspaced short palindromic repeats (CRISPR). CRISPR allows the precise correlation of gene sequence with function and provides ways to improve the function of the cell beyond its natural state. This abundance of sequence information has opened fields of study such as metagenetics and the microbiome—enormously complex fields which until now had been largely inscrutable. 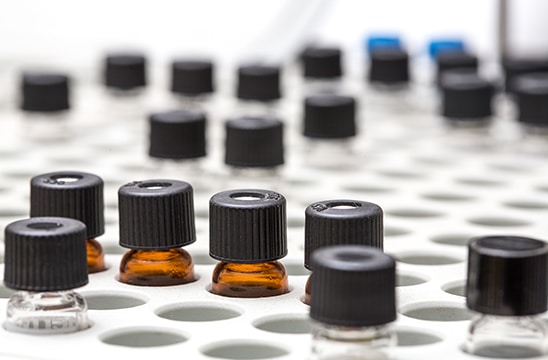 For more than two decades, Agilent has been a leader in the chemical synthesis of DNA and RNA, continuing to advance oligonucleotide length and fidelity and enable an expanding range of important applications. Though it is only slightly structurally different from DNA, chemical synthesis of RNA is far more complex and challenging. In 2006, Agilent saw the potential for RNA as a next generation therapeutic and added capability for GMP manufacture of oligonucleotide APIs.

For many years, challenges such as targeted in vivo therapeutic delivery slowed industry growth, but now many oligonucleotide therapeutics have been FDA approved. It has been a privilege for Agilent to be able to partner with biotech and pharma industry leaders in manufacturing several of these APIs, including the development and manufacture of examples herein described.

Today, oligonucleotide therapeutics are an important class of biopharma, with more than 700 programs in various stages of preclinical and clinical development. According to Brian Carothers, Vice President and General Manager of Agilent's Nucleic Acid Solutions Division, "We continue to see double digit growth in the oligotherapeutic market. With blockbuster programs like inclisiran commercially approved, we are expanding manufacturing capacity to provide several metric tons of drug substance annually by 2025." 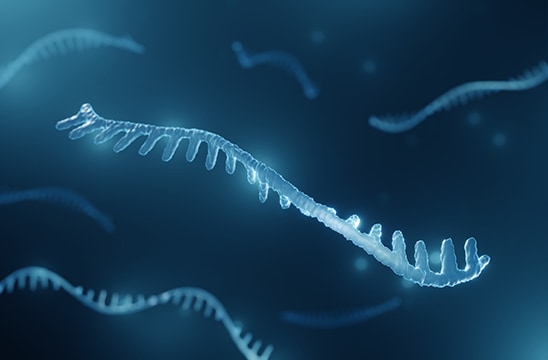 Looking forward, oligonucleotides will continue to advance precision medicine and the molecular treatment of disease. Beyond antisense and siRNA, several new mechanisms of oligonucleotide therapeutic action are being demonstrated including small activating RNA, regulatory RNA, and CRISPR genome editing which derives its sequence specificity using application-specific guide RNAs that specify the site to be edited. In support of CRISPR, Agilent offers SureGuide™ (research grade) or ClinGuide™ (clinical/commercial grade) RNA oligonucleotides.

Cell and gene therapy represent the fastest-growing segment of biopharma and a potentially transformative next horizon for precision medicine in that they can not only treat disease—they can actually cure it. To enable such breakthroughs requires functional understanding of genetics and our ability to target genetic modifications or ‘edits,' which have been greatly enabled through the widespread access to sequence information.

DNA sequence information is already a keystone of biology, and we greatly anticipate realizing of the full impact of this megatrend—not only on precision medicine and cellular manufacturing—but also on the technology waves still to be defined in the Century of Biology.

Characterization of a tumor's genotype means looking at multiple loci in many genes. The Agilent SureSelect Cancer All-in-One Solution enables you to detect genetic variations (SNVs, indels, CNVs, and translocations) in the genes clinically relevant to specific tumor types, based on guidance from the National Comprehensive Cancer Network (NCCN), the College of American Pathologists (CAP), and the European Society for Medical Oncology (ESMO). You can also design your own custom assays.

For genetic characterization of inherited cancer, the SureSelect Human All Exon V8 panel provides comprehensive and the most up-to-date coverage of protein coding regions.