The invisible power of vacuum technology

In April 2020, astrophysicists at the University of Chicago witnessed what they described as an exceptional event—the collision between two black holes with substantially different masses. The significance of this was its impact on astrophysics and the physics of gravity. In short, it gave astronomers an idea of how black holes spin, as well as experimental evidence of the existence of gravitational waves, which were predicted by Albert Einstein’s general theory of relativity but never observed.

Enabling the discovery of black holes

How did they do this? The fundamental experiments behind this science require complex machines, operating under the most demanding vacuum conditions. Indeed, ‘vacuum’ technology is at the forefront of nearly all high energy physics, particle acceleration, and surface science. A vacuum can be described as ‘a space in which the pressure is below surrounding atmospheric pressure.’ Vacuum science is a subject and concept that has stimulated many great minds for thousands of years.

The origins of vacuum science can be traced back to as early as the 4th century when Aristotle stated that ‘nature abhors a vacuum’. The highest level of vacuum reachable on earth, named Ultra-High Vacuum (UHV), is obtained by using a device called “Ion Pump": all major innovations in ion pump technology have evolved from the invention of the sputter ion pump in 1957 by Varian Vacuum (now Agilent Vacuum), and of the ConFlat Flange (CFF), which ushered in the era of UHV. Today, vacuum solutions fuel academic and government labs and large physics projects worldwide.

A gravitational wave is an invisible ripple in space. They travel at the speed of light (186,000 miles per second) and squeeze and stretch everything in their path as they move. As part of Einstein’s theory of relativity, he predicted that a unique event occurs when two bodies such as a planet or a star, orbit one another. And he theorized that this kind of movement had the potential to cause ripples in space, which would spread like the ripples in a pond. Scientists call these ripples of space gravitational waves.

For the first time in 2015, scientists detected gravitational waves. They did it by using a very sensitive instrument called the Laser Interferometer Gravitational-Wave Observatory (LIGO). What they found was—even though it wasn’t detected until 2015—the collision occurred 1.3 billion years ago. LIGO is designed to open the field of gravitational-wave astrophysics through the direct detection of gravitational waves. It does this with its multikilometer-scale gravitational wave detectors that use laser interferometry to measure the minute ripples in space-time caused by passing gravitational waves from cataclysmic cosmic sources. These cosmic sources can include the mergers of pairs of neutron stars or black holes. LIGO consists of two widely separated interferometers within the United States—one in Hanford, Washington and the other in Livingston, Louisiana. Creating ultra clean and stable high vacuum in these multikilometer detectors is paramount to the operation of the entire system and was one of the key technological challenges. Also, there are critical requirements for these detectors—uptime, reliability, and vibrationless operation.

Agilent designed and built customized ion pumps to fulfill all these stringent criteria, providing the ideal vacuum conditions for the success of this experiment.

Getting a closer look

Strategically perched on the summit of Cerro Pachón mountain in Chile, sits the Large Synoptic Survey Telescope (LSST)—the largest digital camera in astronomy. It features an eight-meter widefield ground-based telescope, a 3.2 gigapixel camera, and an automated data processing system. The aim of the LSST project is simple: conduct a deep survey over an enormous area of sky, do it with a frequency that enables images of every part of the visible sky to be obtained every few nights, and continue in this mode for 10 years to achieve astronomical catalogs thousands of times larger than ever previously compiled.

The LSST is currently under construction and planned to start full operations in October 2022: developers project that by the end of the process, the telescope will catalog galaxies outnumbering the number of people on earth. The vast public archive of data it will produce is predicted to dramatically advance our knowledge of the dark energy and dark matter that make up 95 percent of the universe, as well as galaxy formation and potentially hazardous asteroids.

Vacuum is required to evacuate the cryostat section of the LSST camera—the ‘heart’ of the camera where the focal plane is located. It allows the LSST team to protect the heart of the camera by removing as many of the normal atmospheric gases as possible while controlling the pressure under very challenging environmental and operating conditions. Inside the LSST are Agilent scroll pumps, ion pumps and turbo pumps—all of which help the LSST photograph and catalog new galaxies. One reason the project team selected Agilent ion pumps is because they have no moving parts. This mean that there isn’t vibration signature during the pump’s operation, which prevents vibration interfering with the LSST’s camera, which would affect the quality of data being collected.

Agilent’s ion pump longevity was also validated by the researchers to ensure it would operate continually through the expected 10-year life of the LSST project, as operation of an ion pump at higher pressures typically shortens the device’s life. 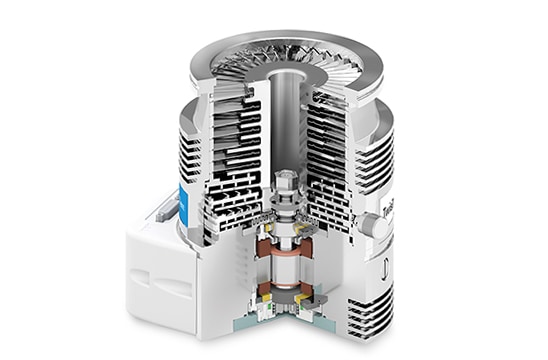 There is another purpose that vacuum technology serves—dry scroll pumps and turbomolecular pumps are needed to reliably operate in extreme environmental conditions. Temperatures at the top of the mountain in Chile range from -10 degrees C to 10 degrees C. At the lower temperature range, the bearing lubricant and electronics could fail, and long periods of downtime in the remote location could jeopardize the LSST project.

The Higgs boson—often referred to as the “God particle”—is an elementary particle in the Standard Model of particle physics. The Standard Model asserts that the fundamental forces in nature arise from properties of our universe called gauge invariance and symmetries. The forces are transmitted by particles known as gauge bosons. The Higgs Boson is produced by the quantum excitation of the Higgs field, one of the fields in particle physics theory, and so the Higgs boson is named after physicist Peter Higgs, who in 1964 along with five other scientists, proposed the Higgs mechanism to explain why some particles have mass. Scientists finally confirmed its existence in 2012 through the ATLAS and CMS experiments at the Large Hadron Collider (LHC) at CERN* in Switzerland, which resulted in Higgs and Englert being named recipients of the 2013 Nobel Prize in Physics.

Since 1967, Varian Vacuum—now part of Agilent Technologies—has partnered with CERN, the European Organization for Nuclear Research. Agilent’s collaboration with the world’s leading nuclear research organization began with the opening of a factory in Torino, Italy. The specific purpose of the factory was to manufacture ion pumps designed to create ultra-high vacuum (UHV) for experimentation. Since that time, Agilent pumps have been used by CERN for some of the most challenging particle physics experiments—including the 2012 identification of the Higgs Boson. In September 2020, Agilent was awarded a contract by CERN to produce ion pumps and controllers for the next four years. The contract is the most recent milestone in the long-lasting partnership, signifying confidence in the ongoing relationship as well as the great science it will produce.

Continuing to capture time and space

As science continues to advance, vacuum technology will play an integral role in the development of these remarkable instruments and systems that capture time and space in ways beyond our imagination. The science of the vacuum—which began in the 17th century—will without a doubt be at the heart of many discoveries and advancements to come. 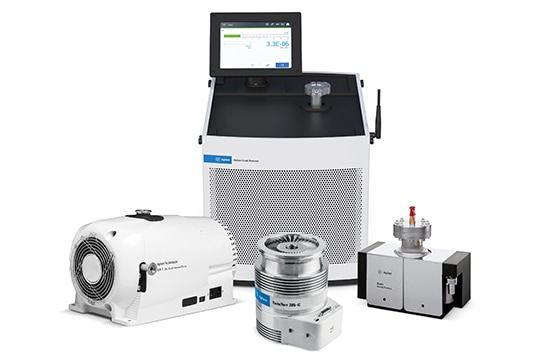 *The name CERN is derived from the acronym for the French "Conseil Européen pour la Recherche Nucléaire", or European Council for Nuclear Research, a provisional body founded in 1952 with the mandate of establishing a world-class fundamental physics research organization in Europe. 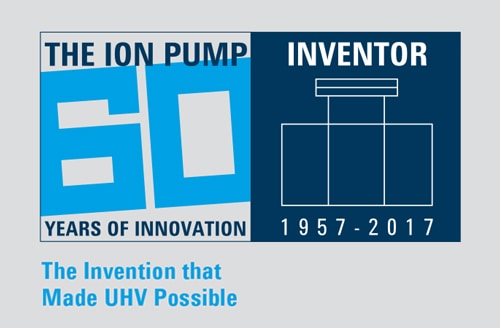 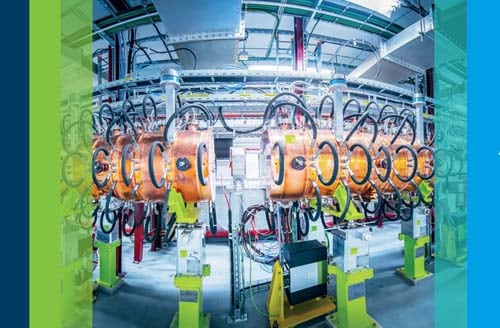 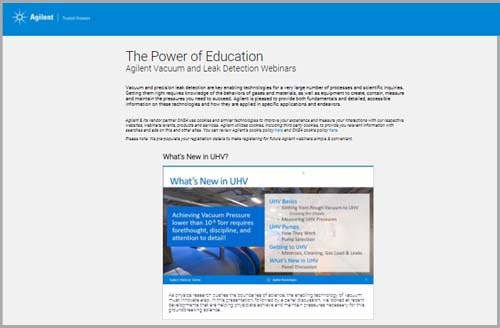 Looking for training on vacuum technologies? Please subscribe to one of our Vacuum Webinars.