As a young girl, Darlene Solomon spent her weekends immersing herself in prime numbers. And while she excelled in all subjects as she advanced through school, the chemistry problems excited her the most. After completing her PhD in bioinorganic chemistry at Massachusetts Institute of Technology (MIT), she joined Hewlett-Packard (HP) Laboratories as part of an interdisciplinary team advancing sensor technology for intra-arterial medical products at a time when women were a minority at the company. “Women were not well represented in HP in the early ‘80s, especially in senior leadership,” she said. “Back in 1988, as a research scientist, I co-organized HP’s first Technical Women’s Conference, which was modeled after the Society of Women Engineer’s national meeting. It was held on a Saturday at HP’s headquarters…it was as motivating as remarkable to see so many HP women in one auditorium!” 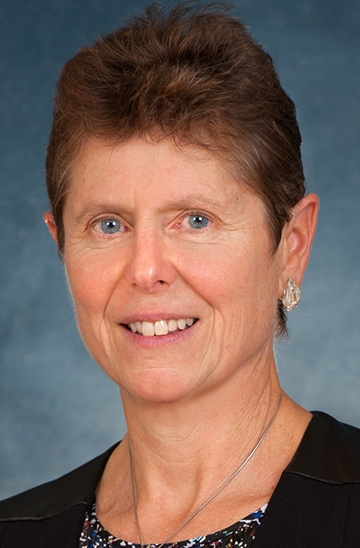 Today, Solomon is Agilent’s senior vice president and chief technology officer—a role in which she helps define technology strategy and R&D priorities for the company—and she has also been recognized beyond Agilent. In 2017 she was elected to the National Academy of Engineering and in 2018 she was honored by the University of Southern California with the Daniel J. Epstein Engineering Management Award at the 40th Viterbi Awards hosted by USC’s Viterbi School of Engineering. The Viterbi Awards, dubbed the “Academy Awards of engineering,” recognize “engineers who, motivated by a noble sense of purpose, apply their formidable skills and knowledge to better society.” The Epstein Award is presented to an industry leader in recognition of his or her exemplary accomplishments and in acknowledgement of executional contributions to the field of engineering. Solomon is also an elected Fellow of the American Institute for Medical and Biological Engineering and named by Healthcare Technology Report to its Top 25 Women in Biotech.

The statistics on women pursuing education and working in science is somewhat ambiguous and defined by many factors. For example, according to the 2019 report on Women, Minorities, and Persons with Disabilities in Science and Engineering (WMPD) published by the National Center for Science and Engineering Statistics (NCSES), although women have caught up to men in education—half of science and engineering (S&E) bachelor’s degrees were awarded to women in 2018—women are still underrepresented in S&E occupations.9 According to the report, this could be for a number of reasons—differences in precollege course taking, participation in S&E higher education, and overall educational attainment among them. 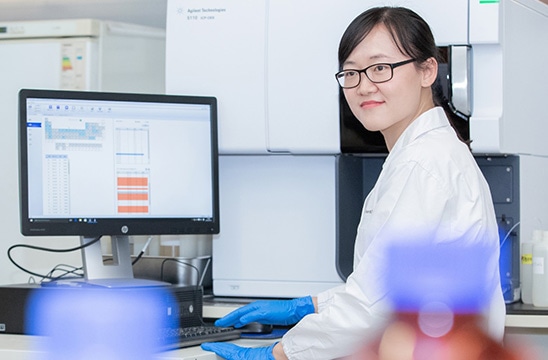 But Solomon said she feels good about her experience. “We’ve come a long way since I joined the company,” she said. “Agilent is its employees, and Agilent’s future is a direct outcome of the people we are able to attract and retain and the working environment we provide. Diversity in race, ethnicity, technical discipline, and life experience broadens our insight and perspective which increases our ability not only to understand and anticipate customer needs, but also to encourage innovation through better ideation, decision making, and problem solving. The greater our diversity, the greater Agilent’s opportunity and competitiveness. Today we have a strong female presence at the VP, SVP, and board levels of the company—now we need to do the same for today’s underrepresented groups.”

As a leader in analytical laboratory technologies and support, Agilent considers enabling innovation critical to advancing science. Yet taking the initiative to be diverse and inclusive is harder than one might think. While many institutions publicly pledged their commitment to inclusion following the Black Lives Matter protests in 2020, data shows it will take more—true action through dedicated support, training, processes, and policy improvements and governance. 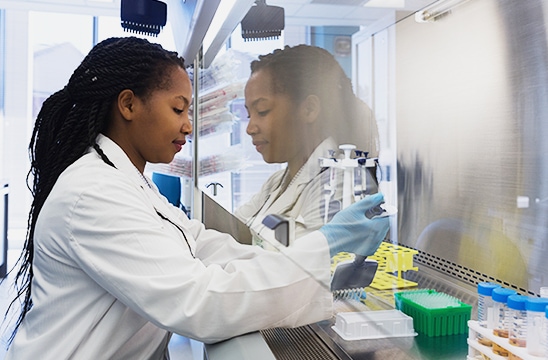 After witnessing the George Floyd protests, Agilent CEO Mike McMullen felt a sense of urgency to address the problem. He convened a focus group of Black employees and committed to fostering an inclusive workplace—not only for Black employees but for all employees. From this, the Council of Black Employees (CoBE) launched in February 2021. The group’s vision is twofold: first, foster an inclusive culture where Black employees feel empowered to bring their authentic selves to work, and second, ensure that Agilent is the life science company where Black talent thrives.

CoBE members say they can see a shift. “I am beginning to feel seen by my company,” said CoBE member and Agilent Product Specialist, Morgan Richardson. “There have been times in my career where I’ve been the only Black person in the room which can make you feel either invisible or like a unicorn.” Richardson’s experience is not unique, which is why CoBE has focused efforts on connecting Agilent’s Black Community. Every month, CoBE members meet with two or three other members in a casual setting—for a coffee break or lunch—just to sit down, talk, and build connections. CoBE member and Agilent Quality Training Lead Terence Davis says this is helpful not only as a means of connecting him to fellow Black employees, but also as someone who works remotely. Council members also say the organization has shed spotlight on the talents of Black employees. “CoBE has brought awareness about the black talent that’s within the company,” he said. “CoBE was also able to give people exposure. Now managers are able to see what Agilent’s black employees are doing and capable of beyond their specific roles.” 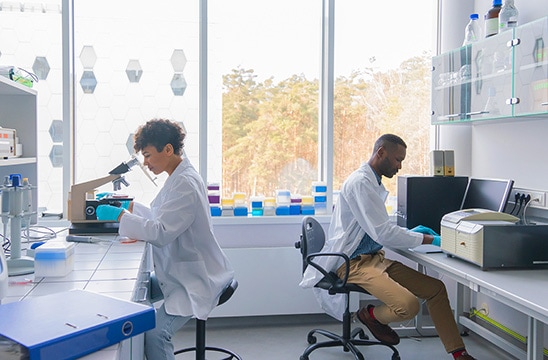 Yet while Agilent employs approximately 16,000 people worldwide, roughly only 300 are Black—and the number decreases dramatically as you climb into the upper levels of leadership, which McMullen acknowledges. “Although great strides have been made, there is still the understanding that there is work to be done, not just in one region of the world, but everywhere. We realize we need to put in the work to keep the momentum going. By establishing and optimizing new and ongoing initiatives with measures in the areas of employee perception, leadership gender diversity, and pay equity, Agilent is fully committed to achieving true diversity.”

We all know the many facets of diversity—race, ethnicity, gender, sexual orientation, socioeconomic status, culture, disability, culture, and even ideology. But does it matter in producing better scientific outcomes?

Decades of research has shown that the more diverse a group of people is, the greater their ability to solve complex problems, exercise creativity, and innovate quickly versus groups that are homogenous.1 Science research groups that are diverse also tend to succeed faster in their methodical approaches, paving the way for new research methods, insights, and expertise. This is because each member of the team brings a unique perspective toward problem solving, with each drawing on their own unique experiences. 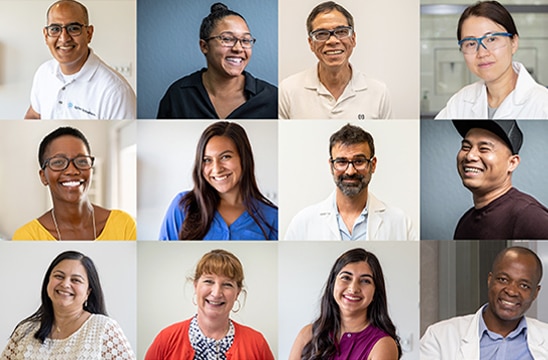 There is also compelling evidence3 that diversity not only increases innovation but also drives market growth. Any major innovation that is truly inclusive of the society it represents has a development process that incorporates diverse approaches, points of view, data, insights, and solutions.

Studies have shown that simply interacting with people of different backgrounds leads to better preparation. For example, people with different backgrounds tend to ask different types of questions and seek different viewpoints, which enables a group to reach a consensus more quickly. Contrastingly, members of homogenous groups usually bring the same point of view and are quick to agree with each other, which results in less effective solutions to problems.

A study exploring homophily in academia analyzed scientific papers from the U.S. and UK on five attributes: ethnicity (eth), discipline (dsp), gender (gen), affiliation (aff), and academic age (age). The conclusion of the study was that papers authored by internationally diverse groups had a significant increase in citations compared to papers authored by individuals from the same country.

Authors of the paper The Preeminence of Ethnic Diversity in Scientific Collaboration demonstrated how diversity drove collaborative scientific work between 1958 and 2009. Specifically, they found that ethnic diversity resulted in an impact gain of 10.63% for papers, and 47.67% for scientists.

Improving diversity is not just the right thing to do, it has profound implications on the ability to innovate. According to authors of a Scientific American article, diversity is key to encouraging the search for novel information and perspectives, which leads to better decision making and problem solving.3 As cited in the article, “Diversity goes to the heart of how to do research and innovation effectively. When we have to work with people who are not like ourselves, we tend to prepare more thoroughly, and work harder to marshal our arguments, and we do better work as a result.” 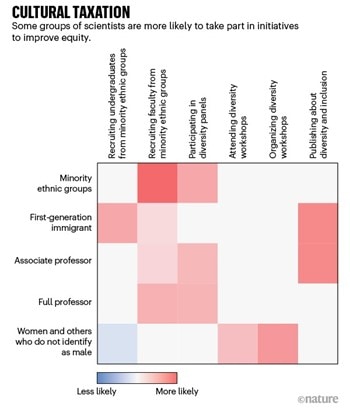 For Research Use Only. Not for use in diagnostic procedures.

2 Delivering growth through diversity in the workplace | McKinsey

7 The Journal of Infectious Diseases” Volume 220, Issue Supplement_2, 15 September 2019, Pages S33–S4 The Science and Value of Diversity: Closing the Gaps in Our Understanding of Inclusion and Diversity

9 Women, Minorities, and Persons with Disabilities in Science and Engineering 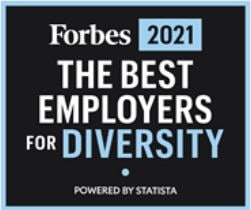 Forbes, along with analytics firm Statista, compiled the definitive list of the best employers for diversity in America via an independent survey of more than 50,000 U.S. based employees. The surveys were administered in a series of online panels and provided a representative sample of the U.S. workforce. Questions asked about diversity included gender, ethnicity, sexual orientation, age, and disability. Other questions addressed the gender split of companies' management teams and boards, as well as a company’s ability to proactively communicate about diversity.