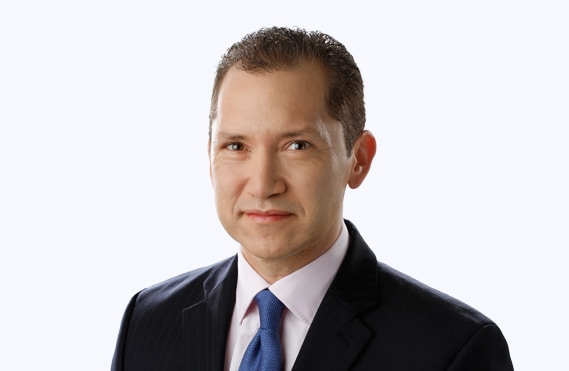 Guillermo Gualino is vice president and treasurer of Agilent Technologies. He is responsible for the company’s Treasury function, including capital markets, foreign exchange and liquidity management.

Gualino joined Agilent in 2011 as assistant treasurer, a position he held until being named treasurer in February 2014.

Before coming to Agilent, Gualino was assistant treasurer at Flextronics International, where he held various finance roles of increasing responsibility since 2004. Gualino’s previous experience includes work with Ernst & Young, PricewaterhouseCoopers and the Ventana Growth Fund, a California-based private equity firm. In October 2007, Treasury & Risk Management magazine named Gualino as one of the "Top 40 under 40" in finance.

Gualino received an MBA from the University of California at Los Angeles and a B.S. in mechanical-electrical engineering from Universidad La Salle in Mexico City.