When Time is of the Essence, Fast-Tracking Sample Preparation Can Make All the Difference 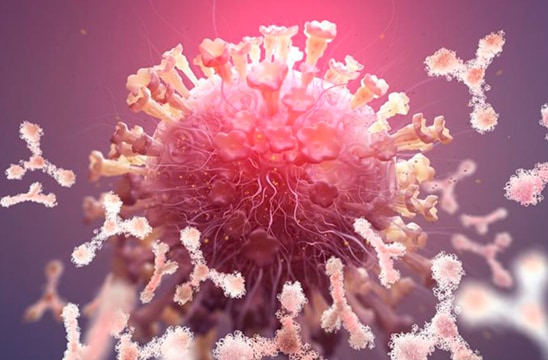 Research to block or treat SARS-CoV-2 infection has intensified the interest in developing targeted monoclonal antibodies (mAbs) – a key weapon our bodies produce to fight viruses. The development of targeted mAbs relies on the screening of hundreds to thousands of variants to identify lead candidates for further investigation.

During mAb candidate selection, researchers examine the tendency of mAbs to aggregate. Aggregates are an unwanted by-product that can cause severe illness if injected into patients, and their formation can block the active parts of the antibody needed to fight infection. A mAb candidate that aggregates is typically ruled out for further study.

Researchers currently use size exclusion chromatography (SEC) to screen mAbs for their tendency to aggregate. Using the Agilent 1260 Infinity II Bio-Inert LC and an AdvanceBio SEC column, analysis times can be as short as three minutes per sample. However, with many thousands of samples, using SEC alone is a slow process.

Matt Quinn, spectroscopy product manager for the Agilent Cary Eclipse, describes the development of a rapid technique for prescreening the tendency of mAbs to aggregate.

“When the pandemic hit around January, the need to analyze thousands of samples increased dramatically. We were already working on our three-second prescreening step with existing technology. 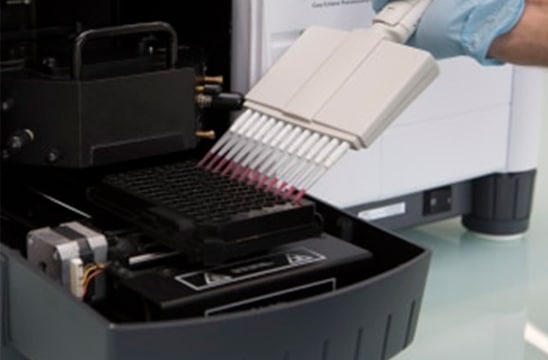 So how does adding a step decrease overall analysis time? By reducing the number of candidate mABs that undergo the more time-consuming SEC screening. The Cary Eclipse system can screen for aggregation in around three seconds per sample. Each candidate screened out in this way saves nearly five minutes of SEC analysis. Up to 96 samples can be loaded into the Cary Eclipse microplate reader in one batch; sample preparation is quick and simple, and operation of the system requires little training. 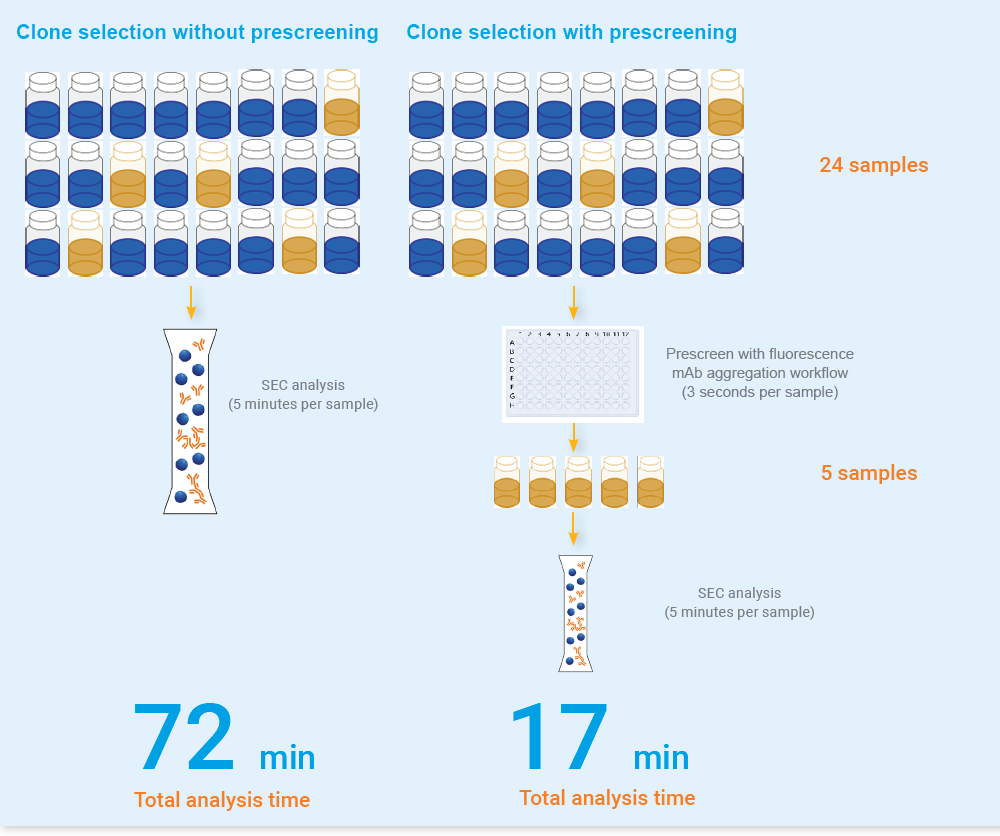 Analysis shows for a batch of 24 samples to be screened there is a greater than 70% time saving over using SEC alone.


When time is of the essence

Support Resources for Getting Your Lab Back Up and Running